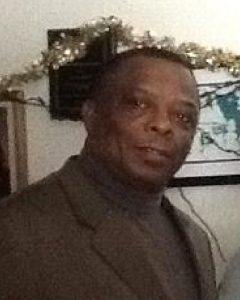 Since its inception in 2001 as a diaspora organization for all indigenes of Orlu geopolitical district in Imo State Nigeria resident in USA, Orlu Regional Assembly (ORA) USA Inc. has emerged as a formidable Organization capable of holding its head high among similar organization worldwide.  Conceived and incorporated as a charitable, educational, economic, social and political umbrella Organization, for which some parochial associations of Orlu people in the fifty states of USA voluntarily choose to incorporate as partners in the development and sustained growth of itself and Orlu zone.  Over these years, ORA has experienced momentous changes in terms of its affiliate membership and its responsibilities to the Orlu people.  It has through innovative strategies strengthened all the affiliated networks in United States
along with its commitment to give back to their homeland.  It focuses on strategies that are profoundly resilient and inclusive so long as it brings opportunities that sustain its zeal.
The Assembly’s capacity to forge positive and lasting relations with its network of stakeholders across continental America and homeland Africa has become a living legacy.   It has thus become the beacon for emulation by other regional districts in Imo State and Nigeria.  Indeed other diaspora organizations in North America have learnt quite a few things from the examples set by ORAUSA in management.
The grounds for this ground-breaking organization began with its first President Nze Gibson Chigbu in 2001, ORA was able to find its feet and compete favorably with similar Nigeria organizations in North America.  Then came the Presidency of Chief Emeka Iwunze who continued where Nze Chigbu stopped to enlarge affiliate membership and set the ground for the construction of the then medical library at Imo State Teaching Hospital Orlu.  Next came Chief Mayor Chris Onwuzurike whose annual Homeland Summit na-ala Orlu was initiated, the foundation of the now Information and Communications Technology center in Orlu was laid; free medical missions programs commenced, Women empowerment projects as micro finance ventures for indigent women took-off.

Chief Fidelis Ezewike’s Presidency commissioned the ICT center and has now handed the baton to Chief Tony Okpara (Ebubedike) who is working assiduously to consolidate on the legacies of his predecessors as well as expand in other vital areas.  The medical mission program, for instance, has assumed broader dimension to further still enhance the status of ORA.  Initiated the organization of pollical debates between Orlu electorate and political office holders.  A program that is beneficial in the advancement of democracy in our region.  All these initiatives have helped elevate the Assembly to new heights both in influence and recognition in Orlu in particular and Imo State in general.

As is always the case, the success or otherwise of any organizations depends not only on how well their leaders lead, but also on how well their followers follow. In the case of ORA, the relationship between leaders and followers are truly symbiotic – you can’t have one without the other.  Building greater trust and commitment between the leadership and followership have become more robust now than ever before hence propelling its capacity to maximize the potential of its affiliate’s membership resources.  Good planning and strong leadership remain critical elements leading to the success of its projects.  What we have seen consists of strong organizational skills and professionalism all of which are essential in its capacity to overcome the initial skepticism.  No wonder she received the blessing of the then State Governor Chief Achike Udenwa, Professor Anwuka, Minister of Education and many other well-meaning Orlu sons and daughters in high places.  ORA leadership and follower-ship have enthroned vitality, decency and pride for Imo USA and beyond.  That ORA earned the trust of the people is essentially important.  The Regional body works in concert with well-meaning patriots to enhance the dignity of the organization and thus make it a united, peaceful and thriving diaspora community that is capable of realizing the noble aspiration of its founders, its membership, Orlu region and other stakeholders.   These laudable and positive developments are not surprising.  After all, Orlu has been at the center of Igbo history since the emergence of the Igbo as a distinct ethnic group several millennia ago.

Without doubt, Orlu region has a pride of place in Igbo history, so also were its people.  Traditions of Igbo origin point to the zone as the cradle of Igbo civilization, being one of the earliest centers of Igbo settlement in southern Nigeria.  Scholars on Igbo studies look to the region as the core from which the Igbo dispersed to other parts of Igboland areas where they now live.   Thus, history is replete with many early Orlu diasporas, who were pioneers of modern Nigeria.  One remarkable example is the  Great King Jaja of Opobo, a son of the region as one of the greatest product of the 19th century Igboland and Africa who worked himself up to become the founder and King of Opobo especially as the mouthpiece that challenged European penetration of his Kingdom and died as a victim of imperialism.

This trend continued into the 20th century with personalities as Mazi Mbonu Ojike, the self-reliance nationalist and the apostle of “boycott all boycottables”, a onetime Minister of Finance, Eastern Region and leader of N.C.N.C; Dr. K. O.  Mbadiwe (the man of timber and caliber) a foremost nationalist who held several Ministerial positions in the Federal Government of Nigeria including being the only “ambassador extraordinary and plenipotentiary” Dr. B.U. Nzeribe, a Deputy Speaker of Nigerian House of Representatives in the first republic and a onetime Vice-Presidential Candidate of the Great Nigerian Peoples Party (GNPP).  Mr. R. I. Uzoma, an illustrious Orlu son and distinguished Minister of Education in the former Eastern region, the iron and steel politician, Senator Arthur Nzeribe.  Even in sports, Orlu produced many people with distinguished career in sports.  The late Dick Tiger Ihetu, a former world light heavy weight champion, the soccer maestro Sam Okwaraji were born and raised in the zone just to name but these.  Because these formidable forerunners did make Nigeria and Africa proud, it can therefore be said that the success being recorded by ORA is without doubt ingrained in its DNA.

As it is, ORA stands as a well-organized, well-funded, and professionally managed entity with a broad range of schemes that includes philanthropic projects for improving health and education in Orlu homeland and United States; as an advocacy organization, it did not hide its voice in Orlu state creation movement, spoke out vehemently against the rumors of relocating the teaching hospital in Orlu.  It was there to support our Haitian brothers’ relief efforts, nor will she stay on the sideline and watch other competitors in Imo State throw mud on Orlu and its leaders.   Without doubt, ORA business and professional networks has recorded significant growth in networking, scholarship, and leadership that navigated favorably the complex changing situation so as to get its job done; be it the investments undertaken in homeland summits, free medical missions, information technology /media outlets and micro finance programs all of which are growing exponentially with significant results.

For ORA, the first wealth is health.  This underscores it relentless Free Medical Missions (OFMM) undertaken over the year that crisscrosses all (12) local government areas in Orlu senatorial zone of Imo State.   With professional skill set of its member volunteers, its philosophy of ‘onye mara nwanne ya’ drive ORA to render unassailable medical services of free healthcare examination, surgical procedures, laboratory work (urine and blood tests), normalizing patients with high blood sugar (diabetes), dispensing eye glasses hypertension, and medications by its mission’s healthcare professionals and experts.   At the end of each mission, the team donates surplus medications to the local health centers.  This program helps in altering positively the medical history of thousands of people/patients they encountered

From the outset, the Assembly’s advocacy for Orlu centric issues has remained consistent and unequivocal.  This Pan Orlu organization is ultimately becoming a veritable platform for the articulation, development, promotion and protection of the socio-political interests of Umu-Orlu especially on matters inclusiveness in the governance of Imo State and Nigeria.  The character of ORAUSA stems from the fact that it is not simply a case of Diaspora Orlu in wanting a more equitable share of material and cultural resources for its members and their kin’s in Nigeria — although such is essential.  It is rather a desire to take part in the reorganization of Nigeria for good and to work in concert with other interest groups for a worthy life for all.  Its primary purpose is to  promote good public relations through programs, projects and inter society collaborations that would positively relate to and impact peoples and institutions in Orlu zone.

ORA leadership takes into cognizance the complex elements inherent in the society.  It understands that many in Igbo Diaspora are naturalized and largely integrated both in their host lands and the land of their ancestors.  It further understands the role of Diasporas in transforming the socio-economic and political landmarks of Nigeria.  No wonder it has continued to advocate for those things that will best address the Orlu region’s teeming problems. By its actions and utterances, ORA has become an instrument of hope. It is today seen as both an international and a domestic institution because of what it tries to accomplish. At the international level, ORAUSA is an instrument that can be used to help in providing financial and moral support for lasting home bound results as it seeks to influence the policies of states and other relevant agencies and by to mobilizing activists.  Consistent with records, this year’s convention in Washington DC will again go down in history for bringing together the most talented and distinguished Orlu men and women in United States from all shades of professions and the outcome will be a big news for another day.

Register for the 2021 Convention